The other day I was working with a client to help them setup their System Center 2012 Configuration Manager (CM12) server. As part of the project we wanted to document every step we did, so we used PSR.exe (Problem Steps Recorder). We installed SQL and set the recording. Before moving on to install CM12, we reviewed the PSR output.

Imagine our surprise when we noticed that some steps did not contain screenshots: “No screenshots were saved for this step.” Why did this happen? 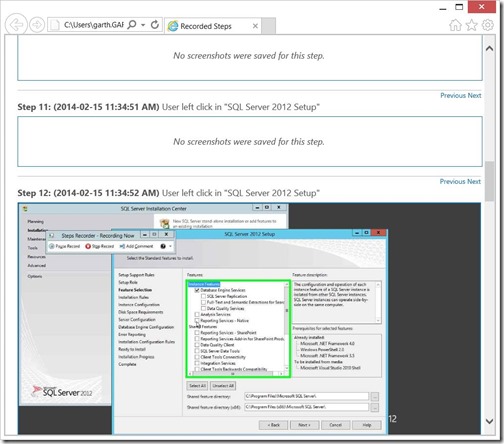 It turns out that PSR will only save the last 25 screenshots by default!

There is both good news and bad news.

The good news is that you can increase the number of screenshots that are captured from 25.

The bad news is that there is a limit to the number of screenshots and it all depends on what version of Windows you are using.

Another drawback of using PSR is that it doesn’t tell you when you hit the maximum number of screenshots, so keep this in mind.

How to Change the Default Number of Stored Screen Captures

Go to the Settings option for PSR. 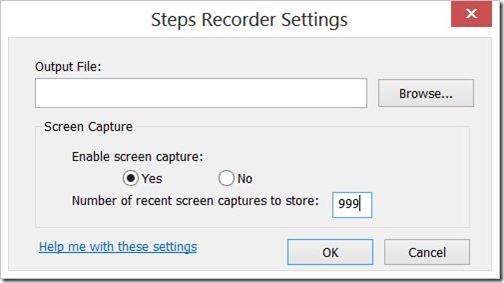 Change the number of screen captures to store and then click OK.