The first day after upgrading from Hyper-V 2012 Server to Windows Server 2012 R2 Standard with the Hyper-V role installed, I was in the office early, like any good administrator, making sure that there weren’t any issues.

Unfortunately, before I had a chance to look at my emails, a colleague told me that the server was slow. Specifically, file transfers were very slow.

When the request to upgrade the server originally crossed my desk, I wanted to upgrade Hyper-V 2012 Server to Windows Server 2012 R2 Standard, but my research told me that you couldn’t do that.

I had to change my plan to format the hard drives and install Windows Server 2012 R2 Standard. The update was also complicated by the fact that the Hyper-V host server had a pass-through disk for one of the Virtual Machines (VMs). Since I needed to start over, I also decided to maximize the hard drive (HD) space at the same time because there was a weird configuration for 10 of the 12 HDs.

This blog post isn’t about how to upgrade from Hyper-V Server 2012 to Windows Server 2012 R2 Standard. Instead, it explains how I fixed the slow file transfers to the Virtual Machine.

By way of background, this server has two VMs; one Domain Controller (DC) and one SharePoint server, plus the host server itself.

I started troubleshooting by copying a 195 MB file from my admin workstation to the server. I was getting 2.5 MB/second. I then copied the same file to the SharePoint server. I was getting 5 MB/second. I checked the setting for both VMs and I noticed that they shared the same physical NIC. Since this server has 4 NICs, I assigned each VM its own dedicated NIC. I then mapped one of the remaining NICs to the host server itself.

I re-did the same test, but the results were more or less the same. Next, I copied the file to the host server and it was so fast that the copy was done before any performance data could be displayed!

The test files were copied to the exact same drive, so disk I/O was clearly not the problem. It also meant that the physical network between my desktop and the server wasn’t the problem.

I did some more research and found that Dell has a KB that lists a known issue with Broadcom NIC. Even though I was working on an HP Enterprise server, also with a Broadcom NIC, I tried the suggestion within the KB. Within seconds my file transfers to the VMs mimicked what I could get to the host server. Problem solved.

If you have any questions, please feel free to contact me @GarthMJ. 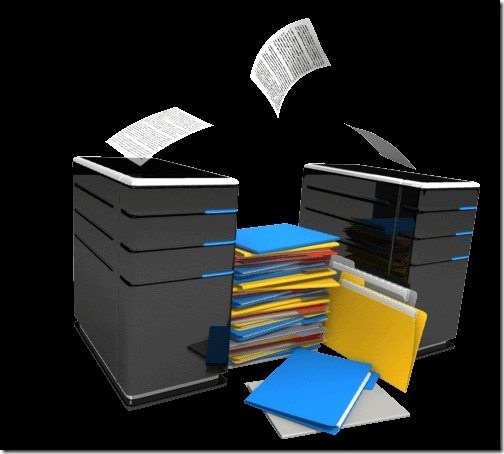