A long time ago, I learned while troubleshooting SQL Server Reporting Services (SSRS) reports, that your first step is always to open the report in a browser. Why? If it doesn’t work there, then there is no point in trying to access it via the console because the console gets everything from SSRS. But, when you are not troubleshooting, is there an ideal spot to access reports from? Is accessing ConfigMgr reports the best from the browser or the console? Here’s my advice: ideally, you should always access reports in a browser because this avoids console overhead. I will explain the reasoning behind my recommendation in this blog post. 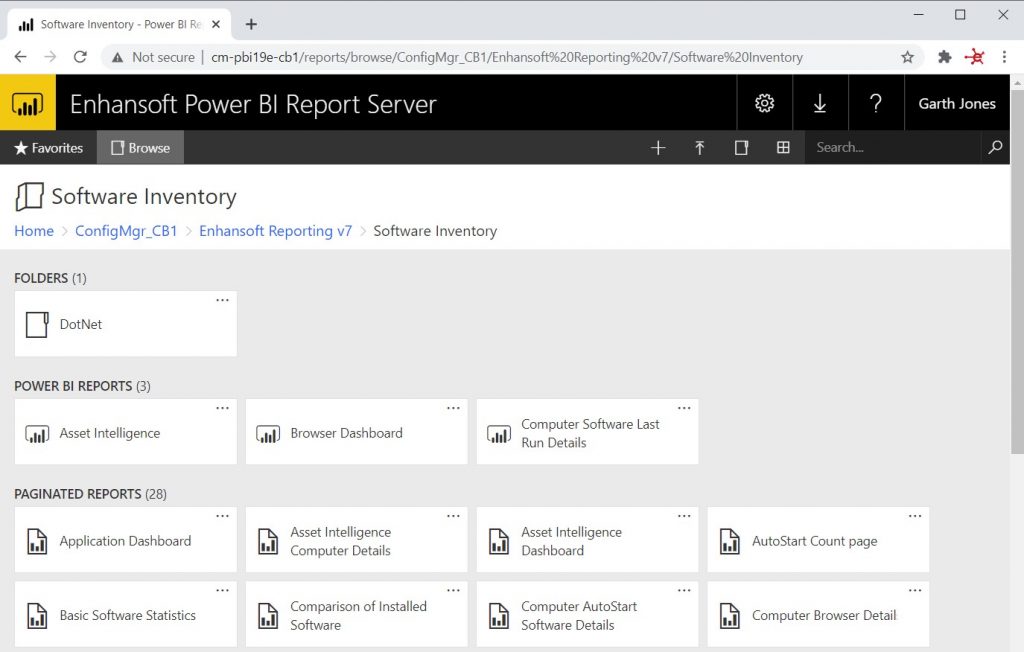 This might seem counter-intuitive, but it actually takes longer for SSRS and Power BI reports to load within the console when compared to the browser. This is where you might question my thinking. You could argue that the time is less than I think or if I’m not already in the console, of course, the time is slower. Hear me out.

What is the overhead? In the console, every time you access the Reports node, the MECM console queries the SSRS server or the Power BI Report Server (PBRS) for all SSRS or Power BI reports and returns the list to your console. I’m sure that you are very familiar with the circling donut, “Returning list items…” as shown in the image above.

Too Many SSRS Reports

When you hit the too many results issue, which is common in the MECM console, you must click on the OK button in order to rerun the query in the SSRS server or PBRS again. Just imagine if this was a slow network link too. As more folks work from home, including Enhansoft’s staff, having a slow network connection is a greater possibility. For example, one of our developer’s 10 Mbps internet connection really slowed down their productivity. 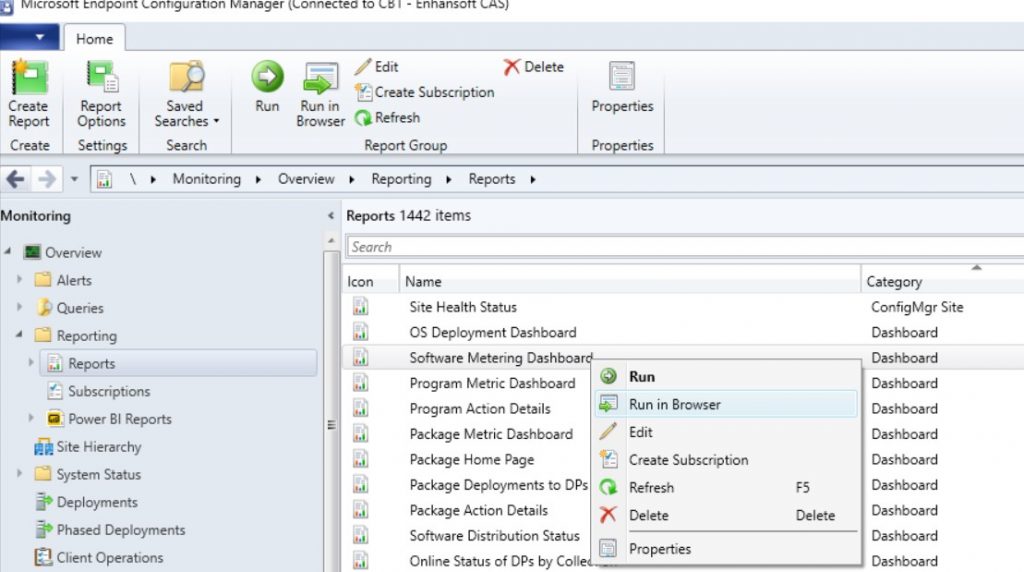 Notice that you get the same querying delay for Power BI reports too? 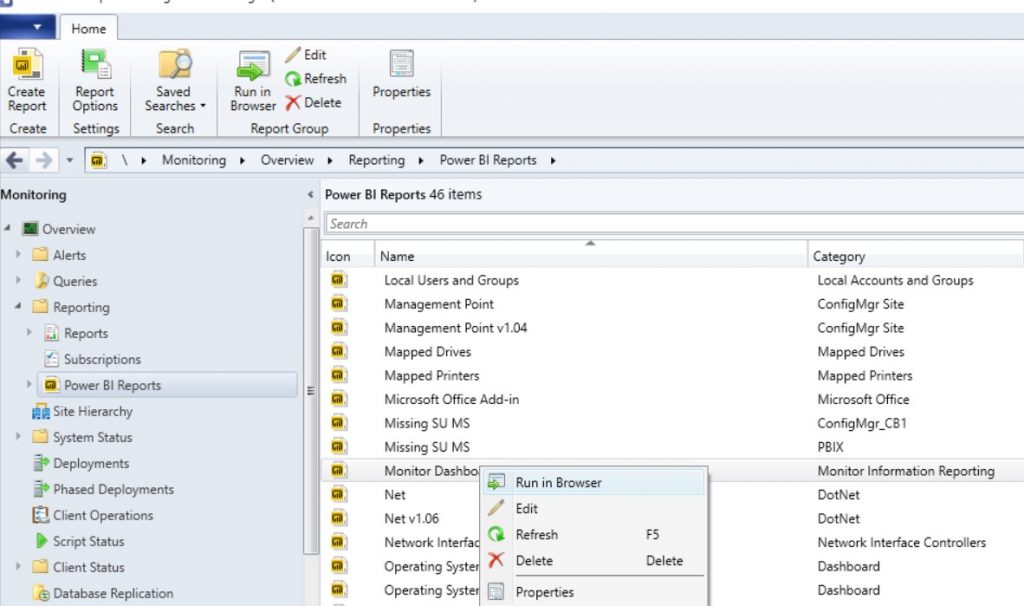 When the reports are loaded in the console, your only option is to run a Power BI report in a browser. In the case of Power BI reports, the console overhead is twice as much as what you would expect if you accessed these reports directly from the website.

Other Issues Using the Console

What other problems are there accessing reports via the console versus a browser? In the past there were a number of issues, however, most were cleared up. But, one outstanding issue remains: MANAGERS. I say managers, but really it could be anyone who needs to see reports or details from ConfigMgr. There are a couple of issues with this:

If everything is coming from either the SSRS server or PBRS anyways, then why not start from the server in a browser first?

I’d be interested in hearing your thoughts on accessing ConfigMgr reports, so why not send me a tweet @GarthMJ.