Ten is the Answer!

One day as I walked back into my office after a meeting, I was told by Andrew, our intern, “Ten is the answer!” Immediately, I had a flash-back to The Tonight Show and Johnny Carson’s character, Carnac the Magnificent.

I waited for Andrew to tell me the question. Sensing my confusion, he pointed to the desk next to him and said, “Ten.” I looked at the desk and laughed.

What was so funny? Before going to my meeting, I discussed with Andrew his task list. Specifically we talked about some testing he was performing on Monitor Information Reporting (MIR). He asked as I was disappearing out the door, “What should I do if I’m done before you get back?” My glib reply was, “Tell me how many monitors you can attach to your laptop.”

In my absence, Andrew found and attached to his laptop all of the un-used monitors in our office. This even included three monitors from my office. He told me that he only stopped because he ran out of monitors. 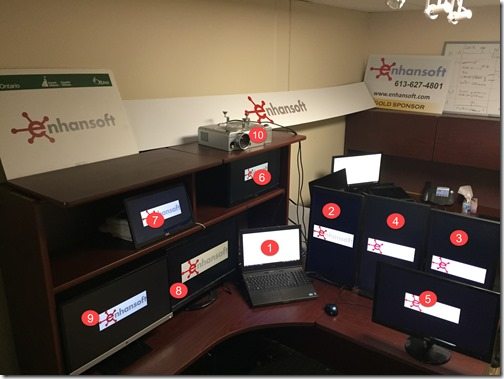 Let me first explain that all of these monitors are attached to only two (yes two!) docking stations and the laptop itself.

To add to this mix of monitors, there’s also different interface types: DVI, VGA, HDMI and a few USB monitors too. 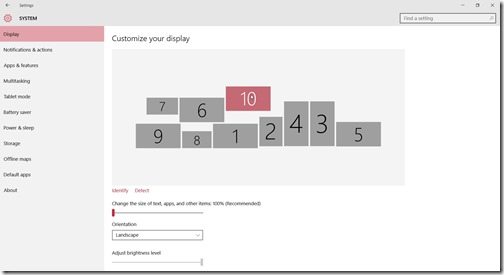 You can see that within Windows 10 that we didn’t try to trick or increase the monitor count within Windows by cloning monitors. Each monitor is independent of each other with various screen resolutions. 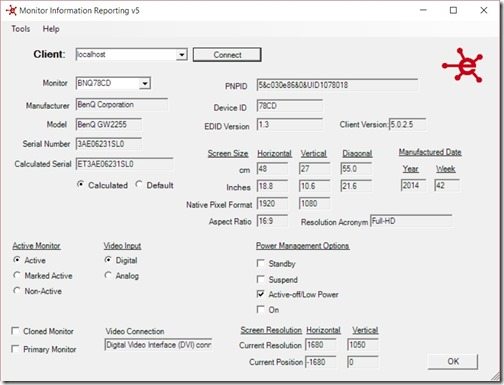 The screenshot above shows you the results from MIR for one of the monitors (#8) that Andrew attached to the laptop. You can see that it is a BenQ GW2255 that has a serial number of ET3A06231SL0. Its native resolution is Full-HD, but it’s running at 1680 x 1050. MIR can also tell you that this monitor is attached via a DVI connection. That’s only a few of the items that MIR collected for these monitors during Andrew’s test.

By the time this blog post goes live, Andrew’s time with us will be over as he’s heading back to school. The whole team at Enhansoft will miss him and we wish him the best of luck during his next semester! Hopefully, he will be back with us for his co-op term and next time I will see if he can attach 11 monitors!